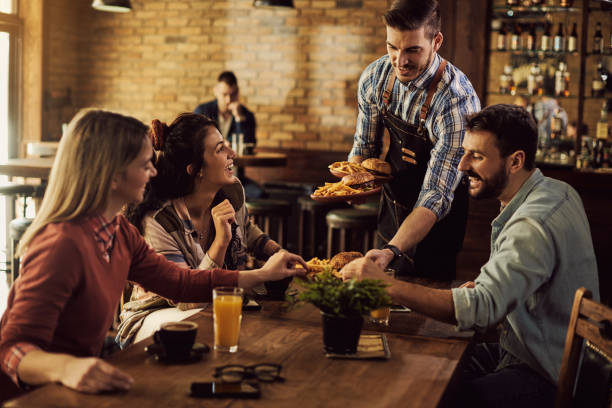 If you’ve found yourself in the city of Waco and are looking for the best places to eat, you’re reading the article! Waco, Texas, has numerous great eateries. Whether you’re looking for regional cuisine or something a bit more adventurous, there’s a great Waco restaurant just waiting for you and your family. Join us as we take a look at the best restaurants in Waco, Texas.

Now that we’ve got the fine dining out of the way, it’s time to move onto some more traditional Texas cuisine. When one thinks of dining in Texas, one of the first things that they think of is likely going to be BBQ. If you’re looking for the most widely revered BBQ joint in all of Waco, Texas, Vitek’s BBQ is always going to be near the top of the list. The BBQ joint has stayed within the Vitek family for four generations, and it’s only grown more and more popular since it’s inception.

As far as the food is concerned, the most popular and unique item on the menu at Vitek’s BBQ is referred to as the “Gut Pak”. The Gut Pak is simply a hefty mix of sausage, brisket, corn chips, and a smothering of accouterments. Join us as we take a look at the best restaurants in Waco, Texas.

It only seems right to follow up our pick for the best BBQ in Waco, Texas, with the furthest thing from BBQ that you can find! Harvest on 25th is a vegan eatery, which means that you won’t find any Gut Paks here. Still, even omnivores will find something to enjoy at this quaint location. The place is particularly popular during the breakfast hours, when guests come in by the hordes to try out the gluten-free pancakes. As one might expect, this is another Waco eatery that aims to offer a farm-to-table experience to those visiting.

If BBQ isn’t the first thing that you think of when you think of Texas cuisine, then Tex-Mex might be! If you’re looking for Tex-Mex cuisine in the city of Waco, then Hecho en Waco is where you’re going to find it! In addition to Tex-Mex cuisine, the restaurant also offers more traditional Mexican fare. The tortillas are made by hand at Hecho en Waco, and that’s just one thing that sets this Mexican eatery apart from the competition. Everything you’d expect at a Mexican restaurant is brought to the table here with a handmade touch. Join us as we take a look at the best restaurants in Waco, Texas.

No matter where you happen to be visiting, there’s always going to be a time when a nice pizza will hit the spot. If you’re looking for great pizza in the city of Waco, there are a couple of great options. The first option we’ll be taking a look at in this article is MOROSO Wood Fired Pizzeria. The appeal of the eatery can be found right within its name, as MOROSO offers artisan wood-fired pizzas with a hearty variety of toppings. In addition to the wood-fired pizzas, MOROSO also serves up plenty of other Italian staples. Join us as we take a look at the best restaurants in Waco, Texas.

The Clay Pot Restaurant is certainly the place to go in Waco if you’re looking for bubble tea, but where should you go if you want Texas tea? Those who aren’t familiar with the concept of Texas tea may look at a name like Jake’s Texas Tea House and think that it’s an eatery offering up light brunch fare with a variety of different herbal teas. However, those who know their Southern lingo will know that what lies within Jake’s Texas Tea House is traditional country cooking!

Jake’s Texas Tea House is exactly the kind of Southern eatery that you’d expect to find in Texas, and it offers traditional dishes with plenty of authentic flare. The eatery is themed to resemble an old gas station where tourists might’ve stopped in to buy some Texas tea on a long trip. For those that don’t know what Texas tea is, it’s an alcoholic drink not all that dissimilar from Long Island iced tea. The phrase “Texas tea” is also oftentimes used to describe crude oil due to the bustling oil industry in the state of Texas. Join us as we take a look at the best restaurants in Waco, Texas.

We’ve explored the best places to get Mexican, Vietnamese, Italian, Southern, and even vegan cuisine in the city of Waco, Texas, but where should you go if you want to get a gyro? Those looking for great Mediterranean fare in the city of Waco will be pleased to learn about the existence of the Alpha Omega Grill & Bakery. As the name suggests, this is a Mediterranean eatery known just as much for its hot dishes as it is for its baked goods. The pita bread is made from scratch, and the gyro sandwiches are do die for! However, the true heart of the location may be its delicious desserts.

Baris is another Italian eatery in the city of Waco that serves up both pizza and more traditional Italian fare. The portions at Baris are huge, but the restaurant requires eaters to bring their own alcohol if they wish to drink on the premises. As compared to MOROSO Wood Fired Pizzeria, Baris offers a more low-key dining experience with family-sized portions.

We’ve explored a couple of places that aim to offer a farm-to-table dining experience to Texas eaters and best restaurants in Waco, but the king of them all is arguably Magnolia Table. Magnolia Table offers farm-to-table cuisine, but it isn’t limited to vegan fare like at Harvest on 25th, and it’s not upscale and expensive like One Thirty Five Prime. Instead, Magnolia Table is more of a traditional family-style eatery with classic Southern cuisine.

The only difference between Magnolia Table and some other Southern eateries is that the majority of ingredients here have been locally sourced. Magnolia Table offers breakfast, lunch, and dinner in a casual atmosphere. The most popular dish on the breakfast menu would have to be the biscuits and gravy, while the most popular dish on the dinner menu is arguably the chicken-fried steak. Other favorites include the pulled-pork sandwich that can be found on the lunch menu.

Though Magnolia Table offers a casual dining experience, there’s some pretty awesome scenery for viewers to take in while they’re eating. The location of the restaurant used to be a cotton mill, and there are numerous antiques dotting the eatery’s walls. The result is an atmosphere that’s uniquely quaint and cozy, and you likely won’t want to leave!

Let’s finish this article up by taking a look at one last Waco eatery and one of the best restaurants in Waco that offers a farm-to-table experience to its diners. Cafe Homestead stands out from the other farm-to-table eateries in Waco due to the fact that it’s located in a small craft village that’s known for its organic farming. Many of the ingredients utilized at Cafe Homestead not only come from Texas, but come from right within this small community. Those looking for a big meal may be disappointed, as Cafe Homestead is more about small dishes and baked goods. However, those that know what to expect will be more than happy with the excellent offerings that can be had.

Waco, Texas, is a city that’s filled with a plethora of awesome eateries all offering something unique. From the farm-to-table Southern staples that can be found at places like Magnolia Table to the quaint and locally sourced offerings at Cafe Homestead, Waco is full of great cuisine!