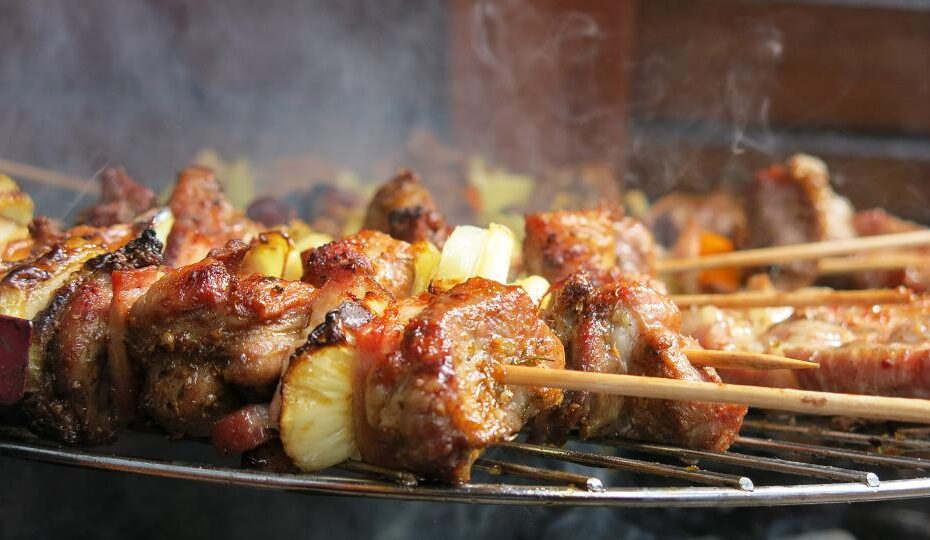 Texas is an American state that’s known for many things, including it’s barbecue. There are so many barbecue places in Texas that you’ll practically find one on every corner! While each of these places may offer it’s own unique serving of Texas culture, there are some barbecue places that stand above others. In order to find them, you’ve got to ask an expert! Join us as we take a look at where to find the best BBQ in Texas.

The first Texas barbecue joint that we’ll be taking a look at in this article is Panther City BBQ, which is owned by a pair of restaurateurs by the names of Magallanes and Ernest Morales. Panther City BBQ offers a few unique offerings that help it stand out from the competition, and one of these would be it’s cheese-filled jalapeno sausages. Other things that Panther City BBQ is known for that you won’t find at every barbecue joint on the map include it’s smoked turkey and it’s pork belly.

More traditional offerings at Panther City BBQ include it’s spare ribs, which are always tender and coated in the restaurant’s special barbecue sauce. The restaurant’s signature dish, however, is something that’s especially unique. That would be Panther City BBQ’s brisket elote, which features an array of barbecue goodness and sides layered together in a cup. It may be a bit excessive, but that’s what people love about Texas barbecue!

Of course, Panther City BBQ wouldn’t be much of a barbecue joint if it didn’t offer fixings on the side! Panther City BBQ offers traditional Texas sides such as coleslaw and potato salad. The prior side is made utilizing the restaurant’s house-made spicy vinegar. A plateful of a little of each of these sides and any of the aforementioned meats is liable to provide any tourist with an exceptional Texas experience.

Panther City BBQ is located within the city of Fort Worth. The restaurant serves it’s food from a truck, but there are benches to sit at for diners. For those of you who are unaware, this isn’t uncommon as far as barbecue joints go.

However, there are also plenty of other great barbecued meats to try out if you happen to come at a time when the restaurant has no ribs to spare. Besides the ribs, the most popular thing at Evie Mae’s Pit Barbeque would have to be the fatty brisket.

Franklin Barbecue is a restaurant that some people may have heard of even if they aren’t into Texas barbecue, as the place is a celebrity favorite. Numerous celebrities have famously made the trip to Franklin Barbecue thanks to fans such as the late Anthony Bourdain. This national recognition is mirrored by the barbecue joint’s reputation amongst Texas locals, as Franklin Barbecue commonly sits amongst the top of lists attempting to determine the best of the best. Of course, Franklin Barbecue’s inclusion in this article is only adding fuel to this already raging fire. Franklin Barbecue is located in Austin, where it bests most of the competition.

As far as celebrity-favorite restaurants go, Franklin Barbecue is certainly one that exceeds the hype. The restaurant isn’t all that exceptional in terms of the variety of dishes it serves, but the way it handles barbecue favorites is exceptional in and of itself. Everything’s just a little bit juicier at Franklin Barbecue, and this comes from the meticulous craft of it’s owners.

A relatively unassuming couple by the names of Aaron and Stacy Franklin owns Franklin Barbecue. Aaron and Stacy honed their barbecue craft for years on the neighborly backyard-barbecue circuit, with the couple garnering the reputation amongst their neighbors as having some of the best barbecue out there! It didn’t take long for said neighbors to suggest that the couple make a go at starting their own barbecue joint, and the rest is history.

The Salt Lick is a Texas barbecue joint that’s a bit livelier than the average thanks to a steady rotation of live music. Those who are looking for great barbecue and a good time will certainly want to check out the popular restaurant, which has locations in both Driftwood and Round Rock.

Like Evie Mae’s Pit Barbeque, Truth BBQ is another barbecue joint that has garnered a significant reputation despite not being around for all that long. True to the barbecue joint’s name, owner and chef Leonard Botello created the restaurant with the intention of figuring out the truth about what made Texas barbecue so great. It seems that Leonard was successful in his mission, as Truth BBQ is the new big thing when it comes to Texas barbecue.

While the restaurant doesn’t do anything all that obviously unique, it seems that it’s mastered the art of barbecue favorites in a way that really stands out to crowds. Despite only being around for a few years, Truth BBQ is popularly considered one of the best barbecue joints in the entire state of Texas.

One thing that makes Truth BBQ a bit “truer” than other Texas barbecue joints is that the restaurant utilizes the long-standing Texas barbecue tradition of cooking on an open fire. Though cooking barbecue on an open fire has certainly been a common practice amongst the general Texas populace for countless years, you don’t find it being done at barbecue restaurants so much because it’s less practical.

According to Leonard Botello, cooking barbecue on an open fire makes a difference. If the reception of the crowds is any indication, it seems that Leonard may be right! Some of the most popular things for diners to order at Truth BBQ include the smoked sausage and the pastrami brisket. However, the restaurant is also renowned for it’s chicken and pork.

If you’re looking for some of the best barbecue in the entire state of Texas, any of these locations should hit the spot! Whether you’re looking for traditional Texas barbecue or something a little new, the aforementioned locations run the gamut and all offers incredible dining experiences.