Best Places to Visit in Arizona 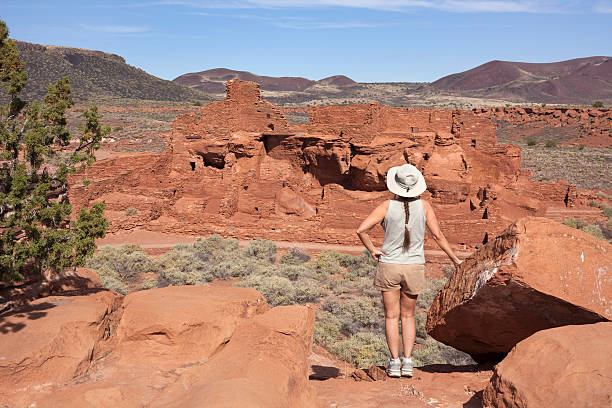 Arizona is a state in the southwestern United States that draws in tourists from all over the world thanks to such locations as the Grand Canyon and Monument Valley. Besides these two iconic landmarks, there are plenty of other locations in the state that are worth a visit, whether you’re interested in stunning desert scenery or the state’s more modern cultural appeal. Join Viewcation as we take a look at the best places to visit in Arizona.

What are the 8 Best Places To Visit in Arizona ?

The main thing that draws tourists to Arizona from all over the world is the Grand Canyon, which can be found within the confines of the greater Grand Canyon National Park. While everybody likely already knows the basics of this great and naturally occurring landmark, it’s still hard to convey the experience of bearing witness to the canyon without seeing it for yourself. Thus, Grand Canyon National Park is rightfully one of the preeminent places to visit within the state of Arizona regardless of why you’ve found yourself there.

The Grand Canyon is a canyon that has been eroded away for millions of years by the Colorado River. At the bottom of the canyon you’ll find the river still continuing to flow. There are plenty of ways for tourists to experience the wonders of the Grand Canyon, with one of the most popular ways being to hike it.

Various hiking trails will take you up, down, and all around the canyon, and it’s always a great journey! The Grand Canyon is so vast that there are areas surrounding it and comprising the greater Grand Canyon National Park that aren’t often explored.

Those who wish to escape the more crowded areas of Grand Canyon National Park can head to the North Rim, which is just as beautiful as the South Rim. The Grand Canyon itself isn’t the only great landmark that has come as a result of the Colorado River, with another popular landmark along the river being the Horseshoe Bend.

Visit the Town of Sedona

Those that would like to experience more quaint surroundings than the vast openness of the Grand Canyon may ground themselves by visiting the town of Sedona. The town is located along a popular tourist drive in the state of Arizona by the name of the Red Rock Scenic Byway. As the name of the drive may suggest, the beauty of Sedona comes from the many red-rock formations that can be found in and around the town.

If you’re interested in seeing why Sedona deserves its place along the Red Rock Scenic Byway, then you need look no further than Cathedral Rock. Cathedral Rock is a stunning red-rock formation that offers a truly religious experience! Meanwhile, another landmark that visitors may appreciate while checking out the town of Sedona is Buddha Beach. Here, families can play in a series of warm, clear pools.

Sedona is also fairly close to the infamous Devil’s Bridge Trail, so those visiting the town may want to take the opportunity to tackle it. Finally, those who are interested in the culture of the city of Sedona itself may want to check out the Sedona Art Walk to get a feel for the town’s art scene!

There are many interesting locations to visit in Arizona, and several of them revolve around specific types of cacti. Organ Pipe National Monument is one such location, and the cacti that you can find here are it’s namesake organ pipe cacti. Organ pipe cacti are rare because they need a special environment to grow, and Organ Pipe National Monument in Arizona is one of the few places where this environment naturally occurs. Because of this, the area was given its status as a national monument and UNESCO biosphere reserve.

Organ pipe cacti aren’t the only rare living creatures that you’ll find within the confines of the national monument, as it’s also one of the few places on the planet where visitors will get the chance to see Sonoyta pupfish. These pupfish are otherwise unique to a few areas in Mexico.

Experience the Wonders of Monument Valley

Monument Valley is another area of Arizona known for it’s staggering formations of red rock. Monument Valley offers some of the most iconic sights in Arizona outside of the Grand Canyon, though much of the area is considered Navajo land. Because of this, there are limitations imposed on how tourists can experience the region of Monument Valley. The most popular way for tourists to experience Monument Valley is to take the loop that goes by the name of Valley Drive. This loop is around 20 miles long and takes drivers past the area’s most awesome rock formations.

Another popular area within the greater Monument Valley for tourists to visit is John Wayne Point. Here, tourists can get the chance to sit on a horse and have their picture taken in front of the naturally occurring backdrop of majestic red-rock scenery. The combination of taking Valley Drive and stopping at John Wayne Point proves enough of a Monument Valley experience for the majority of tourists, but there will always be those that want a deeper taste of the region. These tourists will need to seek out an authentic Navajo guide to take them on the Wildcat Trail.

There’s plenty to do and see within Arizona’s capital city of Phoenix, which is one of the largest cities in the entirety of the United States. Those who wish to avoid the crowds upon their visit to Arizona may want to avoid this city as much as possible, but there’s still plenty to appreciate for those who want to get the full cultural experience of visiting the state.

There’s one more place you need to go in Arizona if you’re into weird cacti, and that’s Saguaro National Park! The national park is located in Tucson, and it’s named after the saguaro cactus. Saguaro cacti practically line every square foot of the national park, and the sight is phenomenal!

Check Out the City of Yuma

The city of Yuma is interesting due to the part it played in the California Gold Rush. Those looking to get to California would always come through the Arizona city, and it became a haven for gambling and prostitution. There’s no legal gambling or prostitution to be found in the city nowadays, though that doesn’t mean that it doesn’t have some historical appeal! Much of the city has been maintained to look the same as it did during the days of the Gold Rush.

Some of the best places to visit in the city include Lutes Casino, as well as Yuma Territorial Prison State Historic Park. Lutes Casino no longer offers legal gambling, but it does offer some pretty awesome dinners within an environment that will make eaters feel like they stepped back into the past. Meanwhile, visitors to Yuma Territorial Prison State Historic Park can step back into the past in a different way as they see how prisoners were treated back in the day.

Go Hiking Along the Wave

The Wave is a sandstone rock formation that many tourists love to hike along. Sadly, the area is so popular to hike that hiking permits are only available via a lottery!

With all of these great places to visit in Arizona, it’s no wonder that tourists journey to the state from all over the world! Whether you’re interested in the iconic natural sights of the Grand Canyon and Monument Valley or prefer the unique culture of areas like Sedona and Phoenix, you’ll find plenty to love in the southwestern American state!

Tags:Places to visit in Arizona