Best Places To Live in Delaware 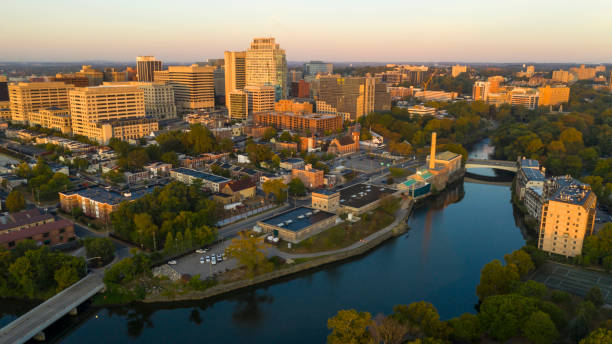 Delaware is a state that’s attractive to many different people for many different reasons. Tourists appreciate the state for its massive amount of awesome locations to visit, with the state boasting a slew of beaches and parks. However, those who live within the state of Delaware appreciate it for entirely different reasons, as the state is a great place for families to settle down thanks to its plentiful community resources and generally reasonable cost of living.

10 Best Places to live in Delaware

The one caveat about living in a place like Hockessin is that it can be a little pricey. Though the census-designated place is inarguably one of the preeminent communities in Delaware for families to settle down in, not everyone can afford it.

Houses in Hockessin cost an average of a little over $400,000. While this high cost of living comes with an increase in average income, the house prices can still be a bit limiting for families looking to settle down.

If you’re looking to settle down within the area of one of Delaware’s beautiful beaches, then finding a home in the suburbs of Rehoboth Beach may be the way to go for you and your family! The appeal of living on Delaware’s coast should be plain, particularly if you have an affinity for the beach! There’s great, natural scenery everywhere you turn in the area, and its residents also have an exceptionally high quality of living thanks to the surrounding city. Rehoboth Beach is more than just a beach.

The Atlantic Coastal city boasts plenty for its residents to do outside of laying on its sands, with there being numerous shops, eateries, and other attractions nestled within the confines of the city itself.

Though Rehoboth Beach may be more commonly thought of as a tourist town than as a place to live, you’ll still find many people within the state of Delaware that are proud to call the city their home. The city is a popular place to live for both families and younger singles.

However, keep in mind that living near the beach isn’t going to be cheap. The average price of a house in the city is upwards of $700,000, making it one of the most expensive places to live in the state!

Highlands is just a neighborhood, but it’s worth pointing out in this article due to the fact that it’s considered one of the preeminent places in the state of Delaware for families to settle down. The neighborhood boasts a population of only a little over 1,000 residents, which means that it’s pretty exclusive. Those who find a house for sale within the beautiful Delaware neighborhood are going to have to shell out upwards of $400,000, making it similar in price range to living in the census-designated place of Hockessin.

The biggest benefit of living within the neighborhood of the Highlands, which is located within the greater city of Wilmington, is that you’ll know that your family is living in a safe community. The neighborhood allows access to some of the best schools in the area, and crime is essentially nonexistent. Those that are looking for one of the safest neighborhoods in the state for families need look no further!

Though it’s located within the state of Delaware, Pike Creek is a popular location to settle down in for those working in the city of Philadelphia. The city is just an hour away from the census-designated place of Pike Creek. Like Hockessin, Pike Creek is located in New Castle County. The appeal of living in Pike Creek instead of Philadelphia should be plain to anyone who is averse to the big city. The schools in Pike Creek are certainly a good deal nicer than the ones that can be found in Philadelphia, with most kids in the area performing incredibly high academically.

Pike Creek has an even smaller population than Hockessin, as there are only around 9,000 residents in the census-designated place. The appeal of living in this quaint Delaware location is plain, especially when you take into consideration the high average income, which is around $120,000. With its great schools and all-around safe and friendly environment, Pike Creek is a great place to live!

North Star is another census-designated place in New Castle County that has a similar appeal to both Pike Creek and Hockessin. As compared to the other two, North Star is a bit nicer and a bit more expensive. This exclusivity should make North Star stand out to those who can afford it, while others will have to settle for any of the other great places to live in the state of Delaware. Not all of the great places to live in the state are so expensive, and we’ll be taking a look at some more reasonable locations to settle down in next.

With its average home costing well under $200,000, the town of Wyoming is a much more affordable place to live than any of the other Delaware locations that we’ve taken a look at so far in this article. This means that the town of Wyoming isn’t quite as fancy as places like Hockessin and North Star, but it’s still considered a great place to live by its many residents.

Some might be put off by the sparsely populated nature of Wyoming, though others will consider this part of the location’s small-town charm. Those who don’t mind being a bit out of the way are more likely to feel at home in the town of Wyoming, which is located in Kent County.

Middletown represents another town in Delaware with a more reasonable cost of living. As compared to the aforementioned small town of Wyoming, Middletown has a much bigger population. The town has a population of just less than 20,000, which is much more average as far as towns in the area are considered. As far as cost of living is concerned, Middletown is a bit pricier than Wyoming, with its average house costing around $230,000.

Families looking to settle down in the town of Middletown will find that there are plenty of nice schools. The area provides one of the more stereotypical suburban communities that you’ll find within the state of Delaware, which should come as a selling point for families who like things quiet and calm.

Bellefonte is another town in Delaware that’s pretty affordable for families to live in, with homes in the town being priced on average at just over $200,000. Like Middletown, Bellefonte is a town that has come to epitomize the suburban experience for Delaware residents.

If you want great schools and clean streets, then look no further! The town also has some bustling culture that will help keep the kids entertained in a family-friendly way. There are multiple festivals within the town every year, including an art festival in May.

Finally, let’s finish this article by taking a look at one last place that’s slowly becoming one of the most popular locations to settle down in Delaware. Greenville isn’t the most affordable place, with the average house costing well over $600,000.

However, it’s certainly a great place for the right crowd! You’ll find plenty of well-to-do millennial residents settling down here, as well as big, wealthy families. Regardless of your price range and whether you’re single or looking to start a family, there’s a great place in Delaware just waiting for you to come and settle down!