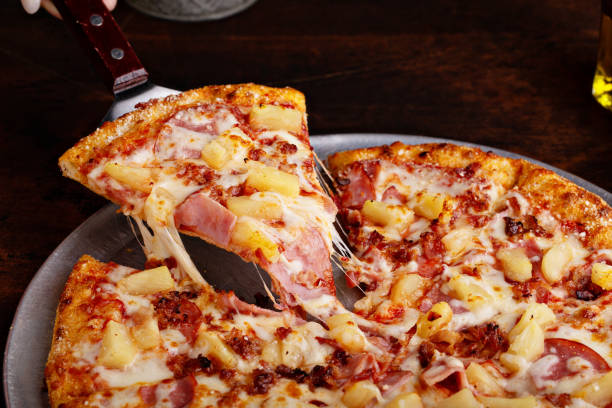 This style of pizza has become colloquially known as “apizza”, and you’ll be pretty lost in the area of New Haven if you don’t know the term. Without further ado, join Viewcation as we take a look at the best pizza in Connecticut.

Anytime you see the term apizza being brandished around, you’ll know that whatever pizza is being referred to takes it’s inspiration from the original apizza that was created by Frank Pepe Pizzeria Napoletana nearly 100 years ago. Apizza stands apart from traditional pizza thanks to it’s uniquely thin crust, as well as for the fact that it’s generally coal-fired. Frank Pepe Pizzeria Napoletana is particularly known for it’s white clam pizza, which has become a Connecticut tradition.

While Frank Pepe Pizzeria Napoletana may have been the restaurant that originated apizza, it’s far from being the only notable restaurant nowadays that serves it. Once you’ve already tried Frank Pepe Pizzeria Napoletana, there’s no reason not to expand your tastes by seeing how other Connecticut joints do apizza. If we have to get down to brass tacks, the second most popular joint for apizza in Connecticut would have to be Sally’s Apizza, which is also located in the area of New Haven.

If Frank Pepe Pizzeria Napoletana is best known for it’s white clam pizza, then Sally’s Apizza is best known for it’s white potato pizza. The restaurant’s white potato pizza features potatoes with mozzarella and Parmesan cheese, as well as onions and rosemary. Sally’s Apizza isn’t all that fancy, and tourists may initially be put off by how basic it’s interior looks. However, those who are skeptical about the location’s deceptive appearance will likely find solace in the immense crowds lining up for a slice at most hours of the day. Sally’s Apizza can get pretty crowded, and for good reason! Look no further for great New Haven-style pizza.

Another great joint to try out some New Haven-style pizza is Modern Apizza, which is located not all that far from either of the two previously mentioned locations. Modern Apizza is best known for it’s “Italian Bomb” pizza, which takes the concept of a supreme pizza to a whole new level with heaps of quality meat and vegetable toppings. The restaurant also serves other Italian fare, and it’s sizable location features plenty of room for dining in. As it’s name suggest, Modern Apizza offers a more modern alterative for those looking to indulge in Connecticut’s traditional apizza.

Let’s take a look at one last New Haven-located pizza place before we move on to other great pizza places in other areas of Connecticut. Zuppardi’s Apizza is a family-run location that keeps things incredibly traditional, with their most popular offering being their plain pizza with Romano cheese.

Colony Grill isn’t located in New Haven, but that doesn’t mean that it doesn’t have fantastic New Haven-style pizza! Located in Stamford, Colony Grill has gained a much-deserved reputation as being one of the best pizza places in it’s area thanks to it’s special hot oil. The restaurant serves a special pepper-infused oil with all of it’s dishes that really adds a kick to whatever you’re eating!

Krust is located in Middletown, and it’s pizzas are wood-fired instead of coal-fired. Other things that set Krust apart from the competition include the fact that the eatery strives to use local ingredients whenever possible. Diners can create their own pizza, and there are around 20 different toppings to choose from. There are also craft beers on tap.

Whether you’re looking to try out some New Haven-style pizza for yourself or are looking for something a bit more basic, one of the aforementioned pizza places will certainly fit the bill! No one should venture into the state of Connecticut without trying a bite of apizza for themselves, and there are numerous great locations all offering their spin on the venerable New Haven favorite. Those looking to see where the dish originated from will certainly want to head over to Frank Pepe Pizzeria Napoletana. However, once you’re done, there are numerous other pizza places throughout Connecticut all offering something different!